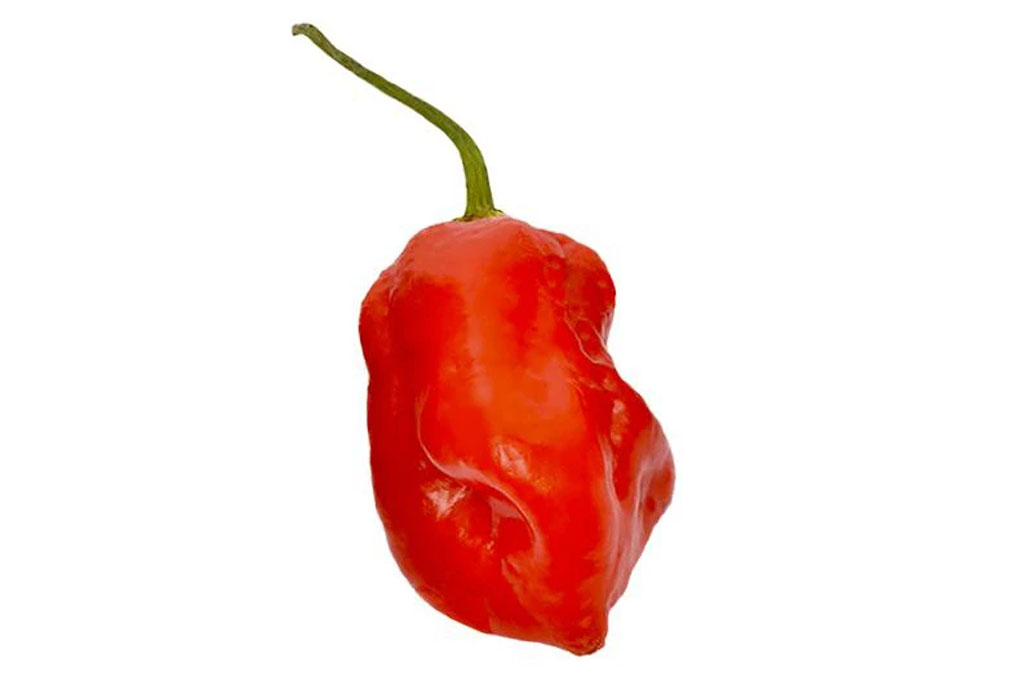 The Komodo Dragon is one of the hottest chili peppers in the world, at around a maximum of 2.2 million Scoville Heat Units.

The pepper was announced in 2015, and went on sale in UK Supermarket Tesco. The pepper is notable also for what was described as a “delayed reaction”—Eleanor Mansell, who buys chili peppers for Tesco, said, “At first you can taste a wonderful hot fruitiness, but then after about 10 seconds the full might of this little demon hits you and your whole mouth is aglow”. According to a Tesco buyer, the Komodo Dragon became their most popular pepper in 2015, and it was brought back for 2016.

Development
The plant was developed and grown in Bedfordshire, an area already known as the birthplace of the Bedfordshire Super Naga. It was grown by the UK’s largest producer of chillies, Salvatore Genovese on his seven acre farm in Blunham, Bedfordshire.

Heat
The Komodo Dragon pepper clocks in at between 1.4 and 2.2 million Scoville Heat Units which is up to 850 times hotter than a Jalepeno Pepper.

The pepper is said to have a prolonged punch with the heat building over the first 10 minutes  and then lingering for a short time after, like the Ghost Pepper.