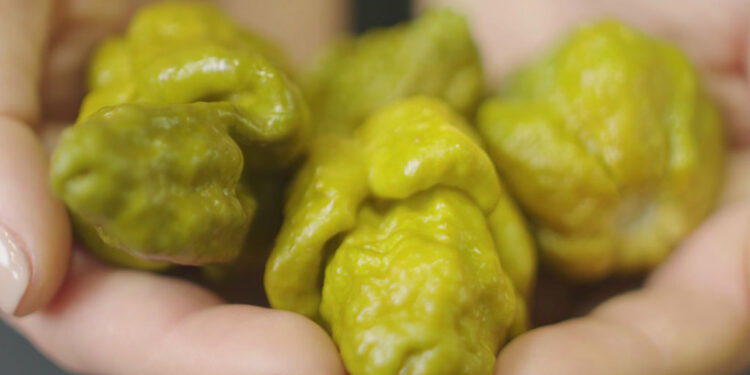 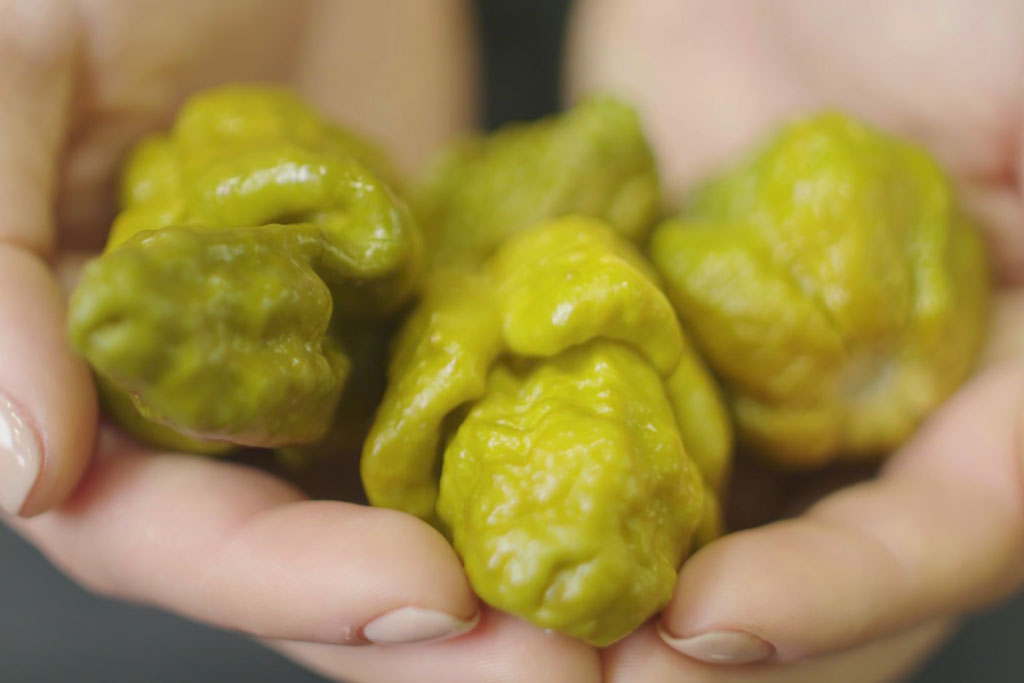 Ed Currie holds the current Guinness World Record for the hottest chilli pepper in the world with his Carolina Reaper pepper which clocks in at 2.4 million on the Scoville scale. In 2017 Ed’s company, The Puckerbutt Pepper Company announced the creation of the temporarily named Pepper X which is claimed to be twice as hot as the Carolina Reaper having been cultivated over 10 years to produce an exceptionally high content of capsaicin in the locules of the pepper, a claim which is yet to be verified by Guinness World Records.

Is Pepper X the Hottest Pepper in the world?
Although Pepper X is claimed to clock in at 3.18 million on the Scoville scale, at this time there is no official word from Guinness World Records but sources say that the pepper has been sent out for testing and we should know by Summer of 2019 whether this little green monster will steal the title from it’s predecessor.

What can I use this Chilli for?
When Pepper X is released to the wider world, the chances are that you will not want to be using it in your every day cooking. Let’s remember that the 7 pot chillies are named so as you can spice 7 pots of food with 1 chilli. The hottest 7 Pot Chilli (the Primo) is around 147,000 on the Scoville scale so in theory you would be able to spice 15-20 pots with this pepper.

it’s very likely that this pepper will only be used in extreme hot sauces or as a chilli eating challenge. The thing that will set Pepper X hot sauces apart from other super hot sauces is that there will actually be a distinguishable flavour behind the heat. Most hot sauces use capsaicin extract for their heat and capsaicin has no flavour. Pepper X is hot enough to provide extreme heat without having to compromise the flavour. In fact, Puckerbutt Pepper Company and Ed Currie are well known for breeding peppers that don’t compromise on flavour for heat. The Carolina Reaper is known almost as well for it’s sweet citrus flavour as it is for the eye watering, throat closing heat that it provides.

We are hoping for some news sooner rather than later as there is so much we don’t know…what will it’s final name be? how high will it score on the Scoville scale? Will it be hot enough to know the Carolina Reaper of it’s throne? Will another grower release a new, hotter pepper in the mean time. Stay tuned for more news as it comes.