Why do some people love spicy foods? 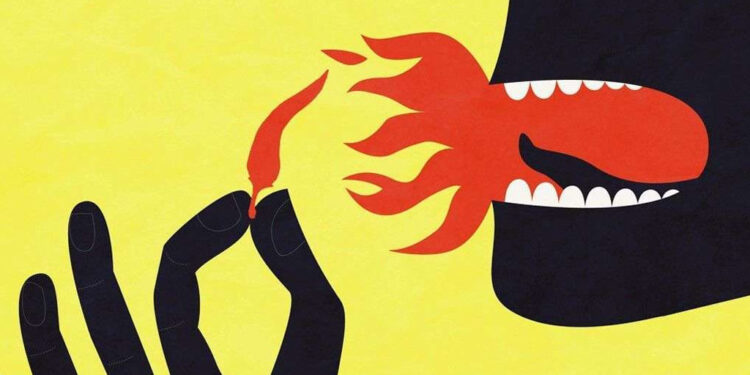 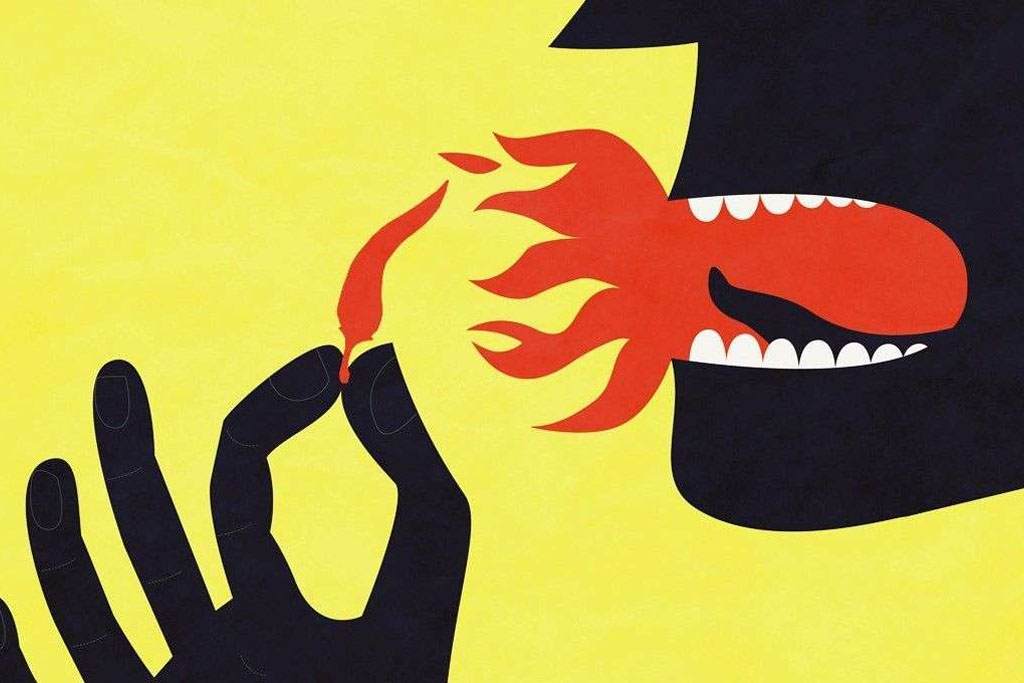 For better or worse, the simple fact remains that we human beings are gluttons for the fiery, delicious pain of a hot, ripe chilli.

But why is this the case? Why do we knowingly seek out the tongue-searing, throat-burning agony that chillies so often provoke? And, what’s more, why do we enjoy it so much that we keep coming back to it time and time again? It turns out that there are a few competing hypotheses to explain this seemingly self-destructive desire, and the jury is out as to which one we should follow.

Before we look at some of the possible explanations as to why we chilli-fanatics put ourselves through the wonderful, tasty ordeal of consuming hotter and hotter specimens, it is worth taking a look at what gives these often tiny fruits the kick we can’t stop coming back to. The answer to this question lies, for the most part, in a single ingredient: capsaicin.

This chemical is produced inside the chilli, with the vast majority of it residing in what’s called the ‘placenta’—the white, fibrous tissue inside the pepper itself. In humans, and other mammals, capsaicin acts by triggering a certain neuro-receptor which is otherwise activated by high temperatures, certain acidic compounds, and the chemicals which give other delicious treats like mustard and horseradish their characteristic kick.

We aren’t quite sure why chilli peppers have evolved this relatively unique trait, but one leading theory is that it serves to discourage select animals from eating the plant whilst allowing those which don’t have the particular neuro-receptor (primarily birds) to eat, digest, and spread the seeds of the plant unharmed. Pretty clever, if you ask me.

So why do we insist on eating a plant which clearly doesn’t want us to do so? After all, we seem to use it in so many dishes – and even have one that’s named after it. Well, the first thing to note is that this is by no means a modern convention: there is evidence to suggest that humans have been using different varieties of hot peppers for over 6000 years! Although some experts have argued that there are benefits to devouring these fruity infernos—lower blood pressure, an increase in saliva production, and some antimicrobial effects—, but the current thinking is that these are too minimal to account for such a widespread love for all things hot.

Instead, the answer may lie in our uniquely human capacity for thrill-seeking. Much like riding a rollercoaster, jumping out of a plane (typically with some sort of parachute, just to be sure), and even watching horror films, we love to make our bodies feel like they are in trouble whilst being able to rationalize that, you know, we actually aren’t. In much the same way, although chilli peppers quite literally trick the brain into thinking that your mouth is experiencing a massively high temperature, the fact that we aren’t means that there’s a certain element of enjoyment to be gleaned from this kind of minor death-defying.

Whatever the reason, we all know that the mighty chilli pepper and its legions of masochistic devotees are here to stay. And we wouldn’t have it any other way.

The Chemistry of heat

How to Dry Chillies